This is the Qla philosophy that guides Mariella Gini, owner with her sons Matteo and Marco of the Montecariano viniculture and vinification company.

"In 1992, when I began looking after the family land in San Pietro, Cariano, in the heart of Valpolicella - says Mariella Gini – the doubt that maybe I was facing unexplored and difficult roads never once crossed my mind. I went to a classical school where I studied archaeology. I frequently inspected the land, which was partly cultivated with old vines and which would become the heart of Montecariano, and while walking in the countryside I searched for the leading theme from which this long adventure would start, deciding on the destiny of those twenty-seven hectares of property. I feel a strong bond with the roots of lost civilizations and the modern history of Valpolicella, where growing vines is the boss. I am convinced that wine cannot exclude the strong characteristics of uniqueness, identity and naturalness that the territory has. Over the years, and certainly not by chance, there has been an inversion of tendency, many farmers are returning to the soil because they can see that the recovery of our roots is a concrete alternative for the future". 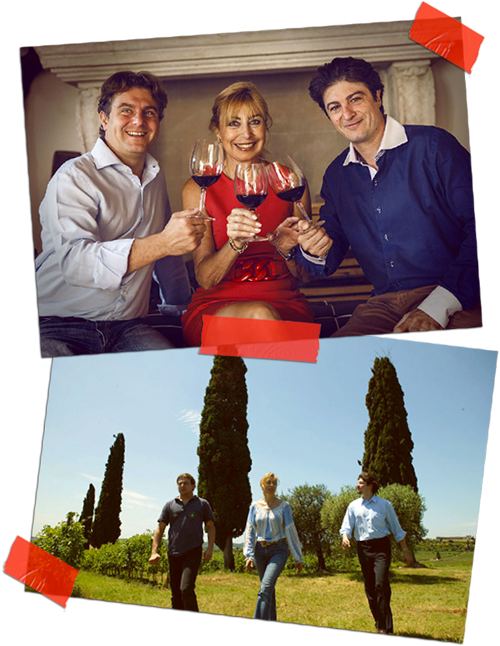